Storm season is on the horizon, and it’s time for carriers to think about their claims strategies. As a recap, the 2019 Atlantic Hurricane Season had above average activity, most notable for devastating hurricanes Barry and Dorian.

The Atlantic Hurricane Season wasn’t the only force of destruction in recent history. In fact, the previous decade saw a record in U.S. billon dollar weather and climate catastrophes according to a NOAA report.

Catastrophes aside, even a local hail storm is enough to require an above average claims response. Carriers must have a plan to meet the spike in claims that often comes with storm season. Using drones for insurance claims is part of a progressive, proactive response plan.

How Drones for Insurance Claims Fit in a Storm Season Plan

One catastrophe can strain a carrier’s resources on several fronts – staff and payroll costs, administrative and loss adjustment expenses, and reserves and budgeting. Preparation is critical.

To that end, several major carriers employ a drone strategy as part of their catastrophe response plan. A good drone strategy leads to better data, faster claims handling, improved employee safety, lower loss adjustment expenses, and more satisfied customers. According to one study, 92 percent of businesses who use a drone strategy report a return on the investment after only one year.

While any new tech solution will take time to implement, an in-house drone solution is a mid to long term strategy.

An alternate model includes utilizing a team of drone pilots coupled with a bank of in-house desk adjusters. Pilots are tasked with flying the drones, capturing the data, and delivering it to the desk adjusters. A desk adjuster then focuses on negotiating the settlement without having to conduct the physical inspection.

For carriers seeking a drone strategy with less investment, outsourcing provides a streamlined, hassle-free alternative. A carrier simply hires the service. The third-party pilots the drone, collects the inspection information – customizable based on the carrier’s wishes – and reports it back to the carrier. An outsourcing model can deliver in-depth inspection data, or even fully adjusted claims.

Once carriers decide on a model, they can look forward to the unique benefits drone-based solutions provide. One of the most significant challenges with storm season is meeting the demands of catastrophe claims. Outsourced drone solutions allow a carrier to scale up quickly during the critical response time.

In choosing a drone technology approach, carriers must examine their current models, analyze their workflows, and consider the benefits and costs of our two main approaches.

An in-house team of drone capable adjusters may be more cost-effective over the long term, but there are considerable front end investments. However, once prepared, carriers will maintain at their fingertips a cutting edge and cost-effective method of collecting claim related data and adjusting claims.

An entirely outsourced approach to using drones for insurance claims adjusting also has benefits. An outsourced program gives carriers the flexibility to meet high claim demand without the cost of maintaining specially trained adjusters, technology, and equipment. For claims teams where an in-house drone response strategy isn’t an option, outsourcing affords the benefits of a drone solution without the long term investment.

Getting Started With Drone-Based Solutions

The first step to getting started with drone-based storm response is creating an approach. Carriers should look for a drone solution based on their needs, resources, and workflows. Most carriers will likely use a combination of outsourced drone solutions and in-house adjusting.

Whatever solution is implemented, using drones for insurance claims adjusting should be a part of every carrier’s catastrophe response plan for 2019.

Ready to create a drone-based solution for storm season? Request a demo to see how Loveland Innovations can help. 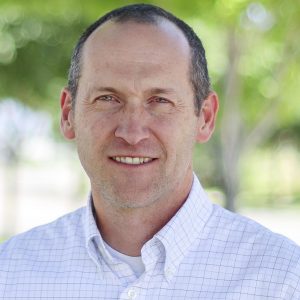 Bruce is the VP of P+C Insurance at Loveland Innovations. He’s a battle-hardened sales and marketing professional who has spent the bulk of his career focused on providing incredible services and technologies to the insurance space. Currently, he’s leading the charge in putting the latest drone tech, A.I., and analytics tools in the hands of carriers and adjusters across the U.S. In his spare time, Bruce is a hobbyist drone pilot, a photographer, and an outdoor enthusiast who loves spending time with his wife and six wonderful children.
PrevPreviousLoveland Innovations Announces Touchless Property Inspection Service Available to Anyone in Response to COVID-19
NextWhat Carriers Get From Outsourced Inspections With IMGINGNext

How Installers Can Beat Net Metering 3.0 in California

Why You Should Automate Your Site Surveys

Key Strategies for Marketing Your Roofing Business in 2023

November 30, 2022
Manage Cookie Consent
To provide the best experiences, we use technologies like cookies to store and/or access device information. Consenting to these technologies will allow us to process data such as browsing behavior or unique IDs on this site. Not consenting or withdrawing consent, may adversely affect certain features and functions.
Manage options Manage services Manage vendors Read more about these purposes
View preferences
{title} {title} {title}

Stay up to date with current news from Lovelandinnovations